“There is a city far away, my parents often spoke of it as if it has always been there, and always will be. I had seen it in paintings and read about it in stories the richest most powerful city on earth, the centre of everything. It drew people from every corner of the empire and beyond, hungry for wealth & power, or in some cases more wealth & more power. Dazzled by its brightness, and like moths drawn to a candle many were burned alive by its candle… Tumanbay!”

Written by John Dryden & Nick Walker this epic four series audio drama Tumanbay is a historical boundless BBC Radio 4 drama based on the Mamluk slave dynasty of ancient Egypt. Since the sultans of this dynasty  were earlier slaves or the sons of former slaves, the Mamluk dynasty came to be known as the slave dynasty. Visualise a desert city built by slaves ruled by the almighty sultan where wealth, greed, power, and corruption sit side by side as the natural order of society; and sultans are dethroned, or assassinated as frequently as the changing of the seasons. The fear of secretive, elusive Queen Mia from the Amber Provence and her advancing armies cause panic to run through the very fabric of the already shaken, unsettled city. Is it just the city that Mia wants to rule? Or perhaps there are supernatural forces at work?

Each episode follows events which take place within Tumanbay, this cut-throat sandy oasis, set against a backdrop of opulence and political intrigue, like a hybrid of a 90’s video game Prince of Persia, with the seediness of Jabba the Hutt’s Palace, only with excellent casting. Each of the four series feels like they are set out individually with their own storyline, yet masterfully link together with one glorious theme; which is super clever writing. The timeline is never mentioned, however if you take into account the plot development, and the passing of each sultan I would estimate that the shows timeline is about fifteen-twenty years which leaves plenty of time for the plot to unfold.

The actors used in Tumanbay are quite simply outstanding. The display of accents and vocal abilities really makes you feel like you are within the city walls, walking alongside the cast on those secretive cobbled streets. There is a whole host of talented actors on display within Tumanbay, like Heaven played by Olivia Popica. However I would like to briefly introduce you to the two key cornerstone characters that I enjoyed the most throughout this audio drama.

Rufus Wright voices Gregor, who entered Tumanbay as a boy and rose through the ranks over the years to commander of the palace guard. A straight talking, no nonsense character who manages to stay one step ahead of everyone else by relying on his wit, and ability to weed out palace spies. Gregor also has the insane ability to make sure he holds all the aces all of the time, and prefers to live within the shadows rather than within plain sight. Gregor also acts as Tumanbay’s narrator and guide, providing the listeners with his thoughts and opinions on the precarious situations he finds himself in. If you were in a very tight jam Gregor is the chap you want in your corner, and definitely make sure you are not on the receiving end of who can be at times a ruthless man.

Matthew Marsh plays the crafty Cadali, the grand vizier to the sultan, or whomever might be in power at that point in time. Matthew really helps you visualise and bring to life this disgustingly, conniving, corrupt creature that is Cadali. He is also the polar opposite of Gregor, only sharing their need to survive as a common interest. It is Cadalis job as grand vizier, to advise and influence the sultan in matters of the city. You can already see from my opening statement that he prefers to angle the cut of the cloth towards that of his own needs and interests. Fantastic casting of this particular character, which we all love to hate; every good series needs its villain to boo and hiss at!

I also want to touch on the beautifully crafted music incorporated throughout the series composed by Sacha Puttnam. Sacha really gives the listeners that magical Arabian night feel in a smart subtle way. The way he blends, and then fades the music into the end of every episode is nothing short of genius. I almost wish I didn’t know this was happening because it sadly signals the end of the episode you are listening to. It is definitely worth checking out the Tumanbay theme (titles 1) to see exactly what I mean about Sasha’s music, and whilst you are there explore the other brilliant music used within the show.

Whilst I am on this musical/sound theme I also wanted to briefly mention the sound design team responsible for all of the amazing sound effects, quirks, and other weird noises that bring this show to life. Without Eloise Whitmore & Laurence Farr we wouldn’t have the wonderful, creative, sound scaped world that is Tumanbay.

I like to end on the most obvious question, who would listen to Tumanbay? Well each episode is about 45 mins long so you do really need to set some time aside to fully immerse yourself within this audio drama. The show is built around the city’s political unrest, and skulduggery which features all of the common trappings you would expect from a city where life is cheap, like prostitution, slavery, and violence; the show is no shrieking violet. That said if you enjoy a really solid audio drama set in a semi fictional past you couldn’t ask for better than Tumanbay.

Naturally the BBC have the financial clout to produce this show in such a magnificent way, but no story is any good without creative writing, and John Dryden & Nick Walker have this comfortably in the bag. I wouldn’t be surprised if there is not a potential spin-off, or dare I say it sequel to Tumanbay on the cards (and here’s hoping). At this point it is worth mentioning that the writing partnership of Walker & Dryden have just released a book based (also available in audio format) on the Tumanbay series called ‘The City of a Thousand Faces’ that I will certainly be checking out. Whatever format you enjoy book or audio it can be purchased from Amazon or Audible, if like me you prefer listening to the audio version of dramas. Tumanbay is produced by Goldhawk Productions and you can check out the other dramas that they have produced like their podcast LifeAfter via their website Goldhawk Productions.
You can find Tumanbay on the BBC Sounds app, or from wherever you listen to your podcasts.

For any budding writers out there that would like a frank & honest review of your podcast, whatever your genre, audio-drama, factual, comedy, please do get in touch via any of the below methods, or through my contacts page. 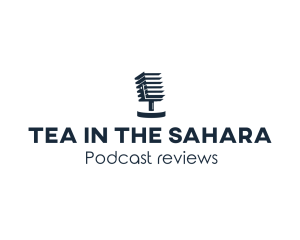